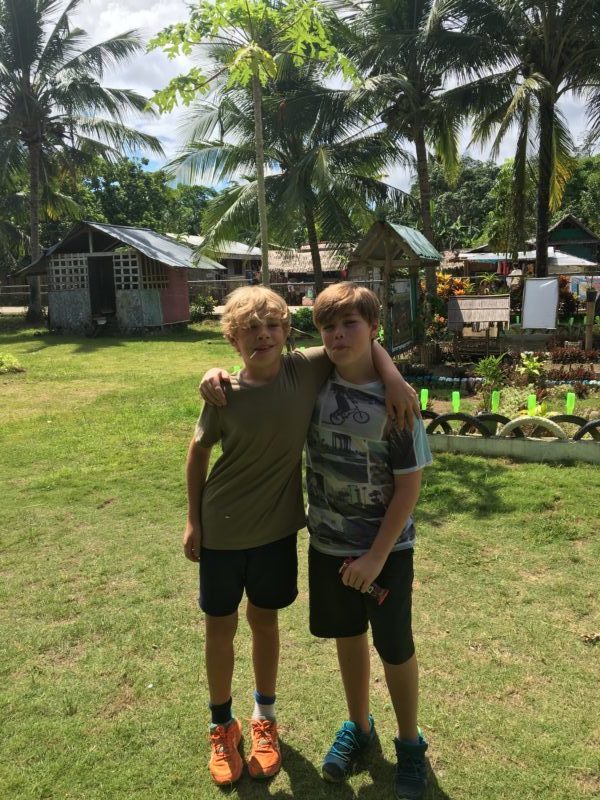 The weather turned in our favour and the kids had great fun, swimming in the sea and building houses for the tiny crabs at the waters edge.  Mark went for a long swim and I was quite far out in the water when I saw Laura waving frantically from the beach. I got closer in and she shouted that there was an emergency and that I needed to get out of the water carefully as there were jellyfish.

Holly had been stung by a jelly fish and had come out in some serious welts. Jenny, one of the owners was rubbing a root from a plant, known to ease the swelling, onto the stings. Holly was taken to the local clinic; which was pretty much a shack with a bed and a few medical supplies to be examined. Thankfully the sap of the root combined with antihistamines eased the pain of the stings and the welts started to subside. Little did we know that we’d be visiting the clinic within the next 24 hours…..

The family that ran the cottages had two girls of 9 and 12 and they instantly bonded with our four children. The new school year started on the Monday and it was agreed that our four kids could accompany the girls to school and sit in class for the morning period. It was a great insight for the children to see how kids learned in primitive areas. Crowded hot classrooms with minimal learning aids.

Laura and I went along, and assisted the school where we could: weeding and planting in the garden, assisting the nursery teacher in class preparation and helping clean up the school grounds. At first break our kids came out buzzing. Naturally they were the star attraction at the small school, and they had throughly enjoyed being in class. I soon had an army of followers playing ‘rock, paper, scissors’ and then took a group for some soccer games. Whilst waiting for the kids to finish school for their two hour lunch break, Laura and I discussed how the morning had been pivotal to the essence of our travel and our kid’s wider education.

Jenny’s husband Joel said he would ferry the kids home on his motorbike and all four said they were happy to return to school in the afternoon. School had been a resounding success. It was then that everything fell apart.

The journey home was only about a kilometre. As Joel was turning  off the main road down on to the gravel to get to the cottages, Zack yelled out that his foot was stuck. It was stuck between the frame and the wheel of the motorbike  and we had to push the bike backwards to free his foot. Zack was screaming and we instantly saw a massive gash on his ankle exposing the bone. I wrapped his foot tightly to try and limit the bleeding, and there was a tricycle at hand to take us to the small clinic. I held Zack tightly and made sure he couldn’t see his foot which was gushing blood. I carried him from the tricycle and laid him on the bed in the clinic, and just lay with him squeezing his hand and comforting him, making sure he couldn’t see his foot. Laura came running from the school and went into  shock when she got to the clinic. It was truly awful and the ensuing hour was hell. The clinic made an attempt to clean and stitch the wound, but poor Zack was in such agony. An ambulance was called from a neighbouring village, but  had to pick him up and then take him to Puerta Princessa a further two hours away to a big hospital. The ambulance arrived after what seemed an eternity and we gingerly transferred Zack to the ambulance bed. Mark and Laura were in the back with him and I ensured them we’d look after Holly for the night, and could bring her through to Puerta Princessa the following morning.

Everyone back at our accomodation was in shock. Rico was very traumatised as he had witnessed the accident.

Our commune’s good run was well and truly over. 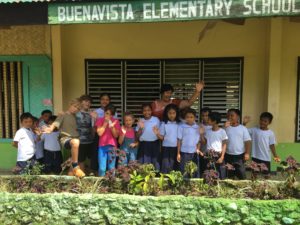