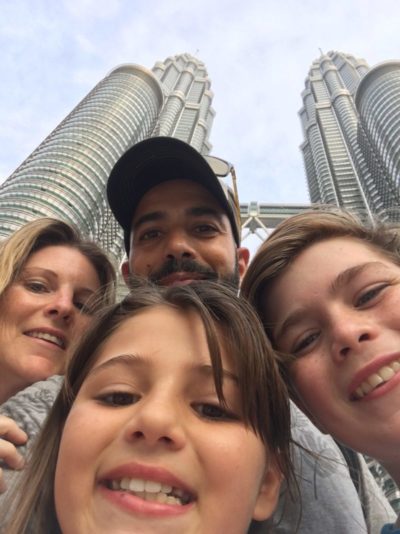 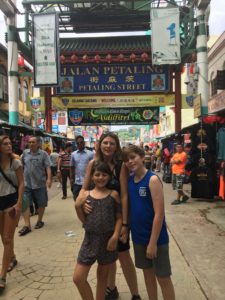 After the fiasco of finding a bed for the night, an apartment  had to be found for the proceeding 6 days. Thankfully the internet connection was closer to first world than in the Philippines, so we were up at 4am scouring the internet. An apartment was found in a suburb quite close to the city centre; it was nice to have some  basic home comforts for a few days. The kids were ecstatic to have their own room, as we’d all been sharing for the past few weeks. Amazing how simple things that once seemed insignificant now felt like huge treats.

The first birthday amongst the four of us since we had been on the road was mine and it passed without much ado. It did feel a bit strange not having friends around, as birthdays in Cape Town were big shindigs at our house.

Spending 24/7 just the four of us wasn’t easy . The kids could either be the best of friends or they couldn’t stand the sight of each other; it was always easier whilst being amongst  other people and rewarding seeing them engaging with a diverse range of people and seeing them holding their own during conservations: Tiana especially, but generally the poor recipient ended up hearing her life story and all the intricacies of her pets and friends! We were frequently complemented about the maturity and versatility of our the kids; despite us not seeing it, so the positive changes were happening.

Homeschooling wasn’t easy, the main factor being consistency and structure. It boiled down to each day being completely different; accommodation, excursions, travelling  and constant  changes in general. The kids were definitely progressing in their work, but it wasn’t always easy teaching them as the various environments and distractions weren’t conducive to them concentrating. Veiled threats of not being able to do fun things due to not completing work were difficult to implement, as it would have affect all of us. Becky and I realised that the initial part  of this journey was always going to be an adjusting period and as time progressed we would slow down the travel, get involved in projects or work contracts and it was imperative to start staying in places for longer spells. It would definitely get easier.

KL had changed a fair bit since I was there 20 years ago. A lot of the eateries had been replaced with shops, and naturally it was far more populated. On my previous visit, I was a fresh faced 24 year old working in a bar for cash under the table, in order to fund a trip to Sumatra to work with the Orangutans. During that time, I stayed in a hovel in the infamous Petaling Street and became friends with some locals who ran a ‘Roti Canai’ food outlet and ended up hanging out with them and their friends during my 3 months in KL.

Put the clock forward 20 years and I was returning with my family, and thanks to one of the few benefits of Facebook I had managed to reconnect with Chandra and Marcus.  It was strange meeting people with whom I had had no contact with for two decades, and I had only know them for a few months back in 1998. 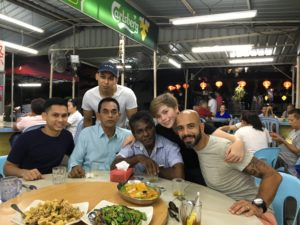 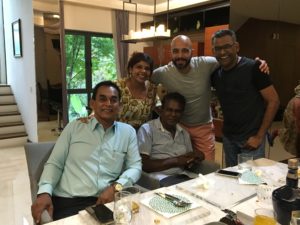 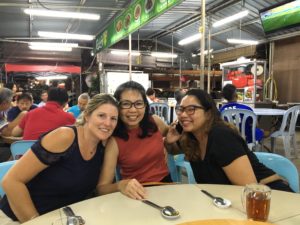 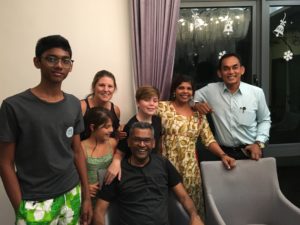 Raja had travelled down from Ipoh to meet us and despite the 20 year gap I  recognised him immediately but was shocked to see him holding onto a  walking frame, the reason being he’d had a stroke 2 weeks prior. Despite this he still made the arduous journey 3 hour journey to meet us. It was emotional, and so was the further rendezvous with his former business partner Mohanan, at Marcus and Chandra’s home.  It was truly special beyond words and we all swapped stories of parenthood, life experiences over some home cooked food and a fair few whiskies. Becky and the kids instantly bonded with everyone and this unique unexpected get together totally made our few days in KL

Despite the gulf in time apart we still connected on so many levels and my eroded faith in the human race was restored.