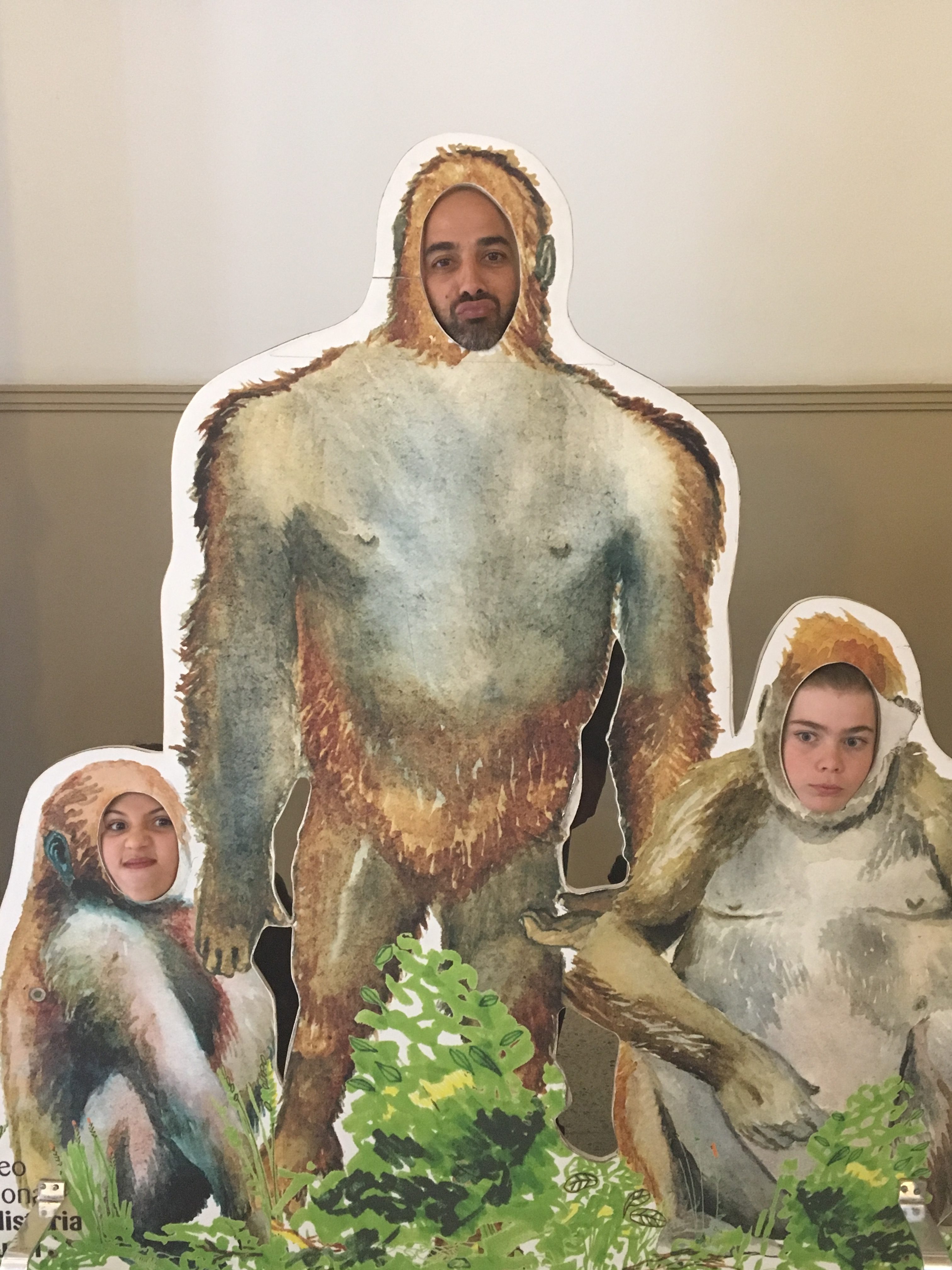 At 4am my cab arrived; it felt strange getting in on my own. No mad rush, head  count or  bag check, it was just me myself and I. In the airport I kept looking around, thinking I’d forgotten something, but the rest of the ‘baggage’ – wife, kids and luggage were tucked up fast asleep in an apartment in downtown Santiago! The trip was long – 3 flights; first to Buenos Aires, Argentina; Rome, Italy and then finally Zurich, Switzerland, where I was greeted in the  blistering heat – 39 degrees – at the airport by my brother in law David. I finally got to see David’s three year labour of love – his amazing craft beer gastro restaurant (www.grain.ch). A couple of ales with a long overdue chinwag were had, before the main event – surprising my mum.

Since moving to South Africa 12 years ago, I’d  been out of the extended family loop  asides from the odd fleeting visit, and hence had missed so many milestone celebrations. I had procrastinated about attending my mum’s 75th birthday celebrations in Switzerland, mainly because I was dubious about leaving Becky and the children so far away in Chile. Cost wise it wasn’t viable for the four of us  to fly over, and Becky, in her in altruistic manner, had convinced me that she could hold fort and that it was imperative I go.

Neither of my parents had the slightest inkling that I would fly to Switzerland, and  along with my sister’s family we hatched a plan to surprise them. In the uncharacteristic sweltering  39 degrees, my parents were fully engrossed in a highly  competitive game of ‘bananagrams’   sitting out on my sisters balcony. I casually strolled out and looked over my mother’s shoulder asking her what good words she had formed in the game, she looked up, did a double take, screamed and then burst into tears. My Dad on the other hand seemed confused by my appearance and used the distraction to gain advantage in the game…although he did eventually acknowledge me!

The 10 days in Switzerland were amazing. Precious time to reconnect with my family and catch up with cousins, uncles and aunts. Additionally this was the first time in decades I’d got to experience Switzerland in all it’s summer glory. Early morning runs and mountain bike rides through immaculate artistic landscapes that were somewhat of a Swiss cliché: perfect  rolling green mountains peppered with rustic chalets, turquoise lakes and the sound of cows bells in the background – it was hard not to rhapsodise about it’s beauty.

After the idiosyncrasies of South America  experienced over the past 6 months, it was a completely different world being in one of the world’s most beautiful, functional, clean (and expensive!) countries.  Still unsure of where we’d eventually settle after our travels,  Switzerland certainly staked it’s claim for consideration.

As a birthday present, Becky had tacked on a cheeky weekend to London on my trip, and I was  treated to my mother city at it’s finest. Nothing quite beats London at the peak of summer:  long warm nights when the sun only sets for a few hours, only to shine bright again early in the morning. People spill out from the pubs onto the kerbsides, enjoying the warm evenings, and the normality of great dreary skies, umbrellas, grumpy commuters and traffic jams seem alien. I know it’s not the norm, but it doesn’t get better than drinking with your mates along the river Thames on a hot summer evening. Some great rendezvous and it was back on a plane to make the long haul to Chile to reunite with my tribe, don our backpacks and go and explore once again. A very special interlude with some indelible memories created.

The long trip back to Chile got me thinking about the previous 10 days in Europe, and that was in store  once our family nomadic interlude had ended. How would we achieve a blend of excitement in our lives, surrounded by interesting open minded people and avoid the inertia of suburbia whilst combining this with good business opportunities and education for the children…more food for thought and openness for a serendipitous occurrence.

I arrived in a dark cold Santiago expecting to take a taxi from the airport to our apartment, but was unexpectedly greeted by three familiar beaming faces. Becky and the kids had coped perfectly fine without me and it had been good  not having me as the family mouthpiece, forcing them to practice their Spanish.  Just over 14 months had passed since we began this journey; Becky and I knew that it was time to get back to some structure and more importantly to get the kids back to school. We’d met families that had homeschooled, word schooled and even unschooled with great success. As the phrase says ‘horses for courses’ , but we knew our children did miss structure, and paradoxically enjoyed worldschooling. What this trip had done was given them a great deal of context to a wide variety of subjects. Whatever would be thrown at them once back in the ‘system’ would hopefully have relevance and colour to complement their future learning.

The week was very low key; all about Becky and I strategising and planning the next few months. Our minds were partially on what lay ahead after our travels, but it was important to maximum this time we had left being free spirits. Asides from the odd trip out, we didn’t do too much in Santiago in the way of exploring, but it was a great city to just hang in. It was very different from other cities in South America; people’s fashion sense was more akin to that of Europe, and they oozed a sort of hipness, whilst still retaining the usual South American charm. We regrouped, refocused, strategised and agreed it was time to thaw out and head back to warmer climes. Next stop Costa Rica

One thought on “#53 A Swiss Surprise, and Strategising in Santiago”