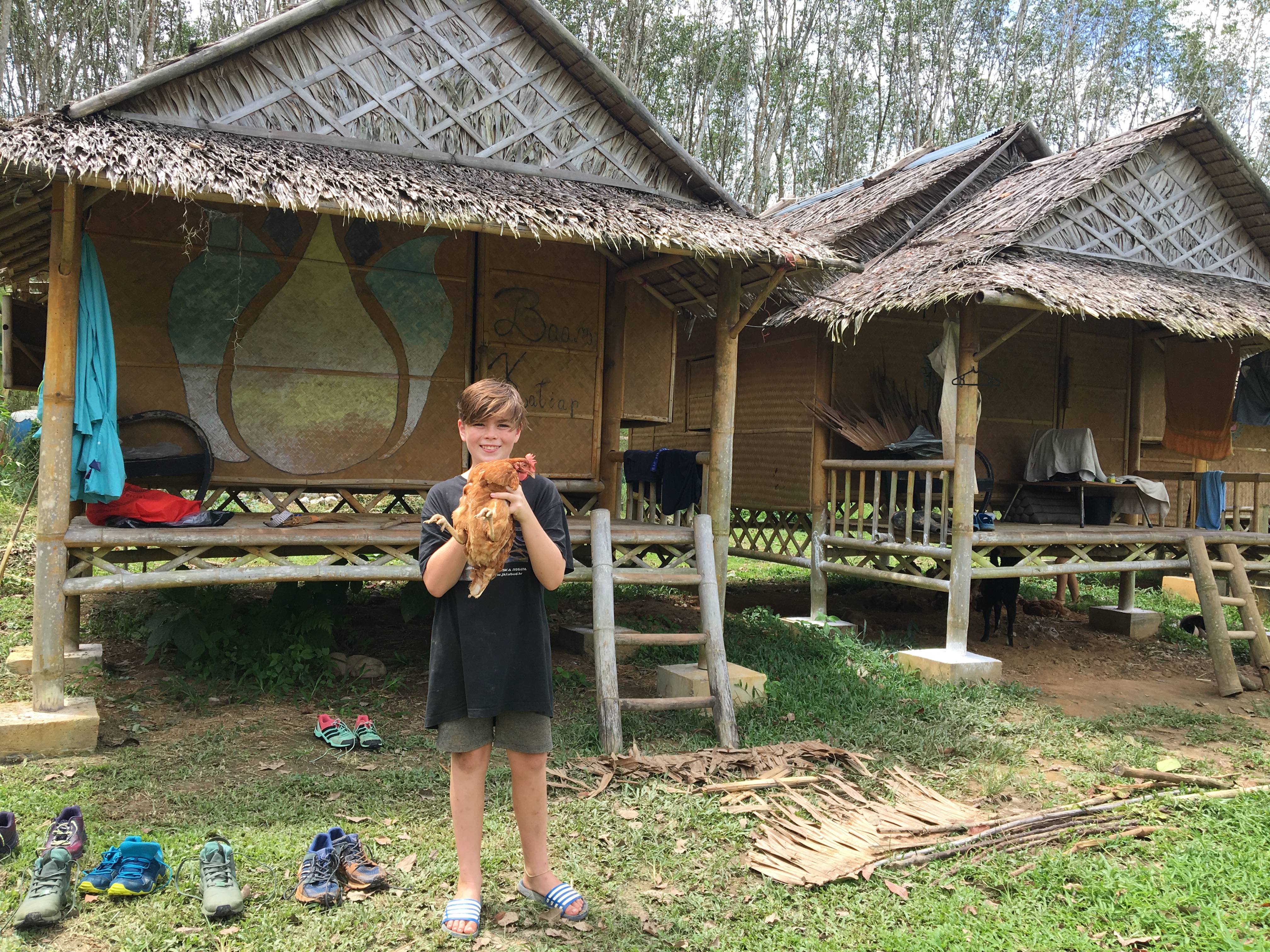 I have been travelling for 18 months now and it’s time for our journey to come to an end. During the entire journey we’ve …

When my parents first told me we were leaving Cape Town , I felt super angry and depressed “why would I want to leave my friends, pack up my bags and go around the world for a year?” Thinking about going away for a year seemed like an eternity. I did not want to leave my comfort zone. I couldn’t concentrate at school so my marks got worse. Leaving my friends was the last thing I wanted and leaving the house we stayed in for 11 years was even worse. I was happy in my bubble.

We left Cape Town in April 2018. Saying goodbye to my family was sad but not as sad as saying goodbye to my friend Ross. When I was at his house we were talking about our three worst fears but we couldn’t come up with a last one. When my mom came to pick me up, my final fear came to me. It was ‘goodbyes’.

Our first destination was Borneo, Malaysia. I struggled with the humidity and the time difference as Malaysia was 6 hours ahead of South Africa.

During the first weeks, it felt weird not having a routine, and I didn’t know what to do. We did several hikes, explored the area, tried different foods, went to the beach, adventured through a rescue centre for orang-utans and did schoolwork. I found it very hard being away from my friends knowing I wouldn’t be seeing them for a long time, and was especially scared in case I wouldn’t see them again. Sometimes it made me feel sad when I spoke to my friends because they weren’t interested in any of my news.

As our journey went on, I got used to moving to different places every few weeks. I started crying less, I got better at school work and I made new friends. The Teisler-Goldsmiths were the first family we met and even now they are like family to me. We had a lot in common because  they also travelled and had Zac and Holly who were the same ages as Tiana and I. We attended a World Schooling Summit where met families from all over the world that were also traveling. I made lots of friends there, but they were not as close as the Teisler Goldsmiths. In Vietnam we met three other families who were also travelling around the world, I made good friends with the kids and I am still in contact with them. I felt happier with other kids instead of my sister because I had to be her 24/7.

In Colombia we worked at a foundation, Tiempo de Juego, which provided a community and safe space for children from a rundown neighbourhood to play football, dance and do homework. I really enjoyed learning Spanish, making friends and helping my dad coach football. My parents said I was the happiest they’d seen me whilst traveling. Maybe it was because I was surrounded by so many beautiful girls!

Everybody at Tiempo de Juego seemed so happy, even though they didn’t have much. I learned that sometimes the less you have, the happier you can be. In most rural and poorer areas, people were always friendly and many offered us a meal or place to stay.

In Chile I learned  an important lesson – not to judge a book by its cover. We toured around the country in a camper van. On one of the last evenings, whilst looking for a place to camp, we passed a couple of dodgy looking hobos. That night Tiana was scared to go out the van in case the hobos were close by. In the morning the van got stuck in mud, so we had to search for help. Since it was early morning, nobody in the village was awake. Luckily   dad saw someone emerge from the foggy morning mist and it was one of the hobos! He was so helpful and went to get help and we eventually got towed out of the mud. So now we know not to judge people by their looks.

One of the things I loved during our travels  was meeting new people and experiencing lots of different ways of life around the world. I think  in the future I will be more confident to get out my comfort zone and try different things in life.

During these awesome 18 months I have learned about the politics and problems in South America, Venezuelan immigrants, Pablo Escobar in Colombia and the war in Vietnam. I did a beach clean up and saw how pollution is affecting our earth. I even saw a turtle that died from eating plastic. I feel i know a lot more about the world, want to learn more and help make a positive difference. I hope that when I get older my career will involve  helping to make the world a better and safer place.

I am excited about going back to Cape Town, seeing my friends, family, pets and also to get back into a routine. I will miss seeing new things regularly, making friends all over the world, trying new food, learning about new cultures and speaking Spanish. It was tough being with my family non stop, but now when I look back on it I will miss our laughs and spending quality time together.

Now that I have seen how small the world is and how easy it is to travel, I hope to do this again, maybe even with some friends when I finish school but I will miss traveling as a family and I know some places won’t be the same next time.