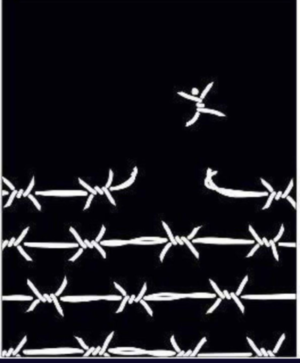 When was the seed planted, how did this off the wall  idea surface and gnaw away at me until it became reality?  I’m not sure of the exact moment we decided to take the plunge, but it had been building for a while and it was a confluence of things that suddenly made myself and Becky stick our necks out and commit to this life changing journey with our children.

Working for yourself isn’t all it’s cracked up to be. Especially if you’re working at home doing long days without any human interaction. When you’re making money it’s ok, but when you spend a whole week chained to the screens staring at numbers and graphs and end up losing money, it’s soul destroying. Trading the markets isn’t for sissies.

I’ve been kidding myself for a couple of years now that my job will somehow take a u turn and work out for me, but the oil market is a dark place and the algorithms have taken over and made it quite untradeable. Over the last few years I tried different strategies, different markets and even different offices, but the outcome was always the same. Long hours and just not making money.  I couldn’t ever hold a conversation without my mind wandering to positions I had on in the market, or what prices were doing. My soul was being ripped out. When it’s all you know it’s hard to instigate change. Fear of the unknown.

In October of last year (2016) I got a message that  one of my best mates had taken a turn for the worse. He’d been battling a brain tumour for a number of years and had undergone various operations and treatments. After the last check up the Doctors had said there was nothing more they could do for him. The outlook was bleak; he had weeks, possibly days left. I booked a flight and 3 days later was by his bedside. We all experience death of a loved one at some stage it’s the cycle of life.  But I found this particularly cruel. Danny was only 43, a loving husband and father of an 11,8 and 4 year old and an all round top bloke. It just didn’t seem fair. Myself and a lot of his other mates spent some unforgettable hours by his side, laughing and joking and reminiscing. Despite being bloated in his bed by all the drugs, and extremely weak, he was still with it, you could see it in his eyes. He batted on a bit longer than was expected so had to be  moved out of the hospice, but a month later he left these shores. I think that was my ‘what’s it all about, what is our purpose here?’ moment.

Sitting at my desk, looking at graphs, not making money, wasting day after day, I think it dawned on me that I needed change and that our time on this earth is limited, especially with our children before they become independent and we’re not cool enough to engage with. It was time to hop off the hamster wheel, stop chasing the money and go explore the world with my family. Life is about experiences and relationships but most of us just get sucked into this materialistic merry go round.