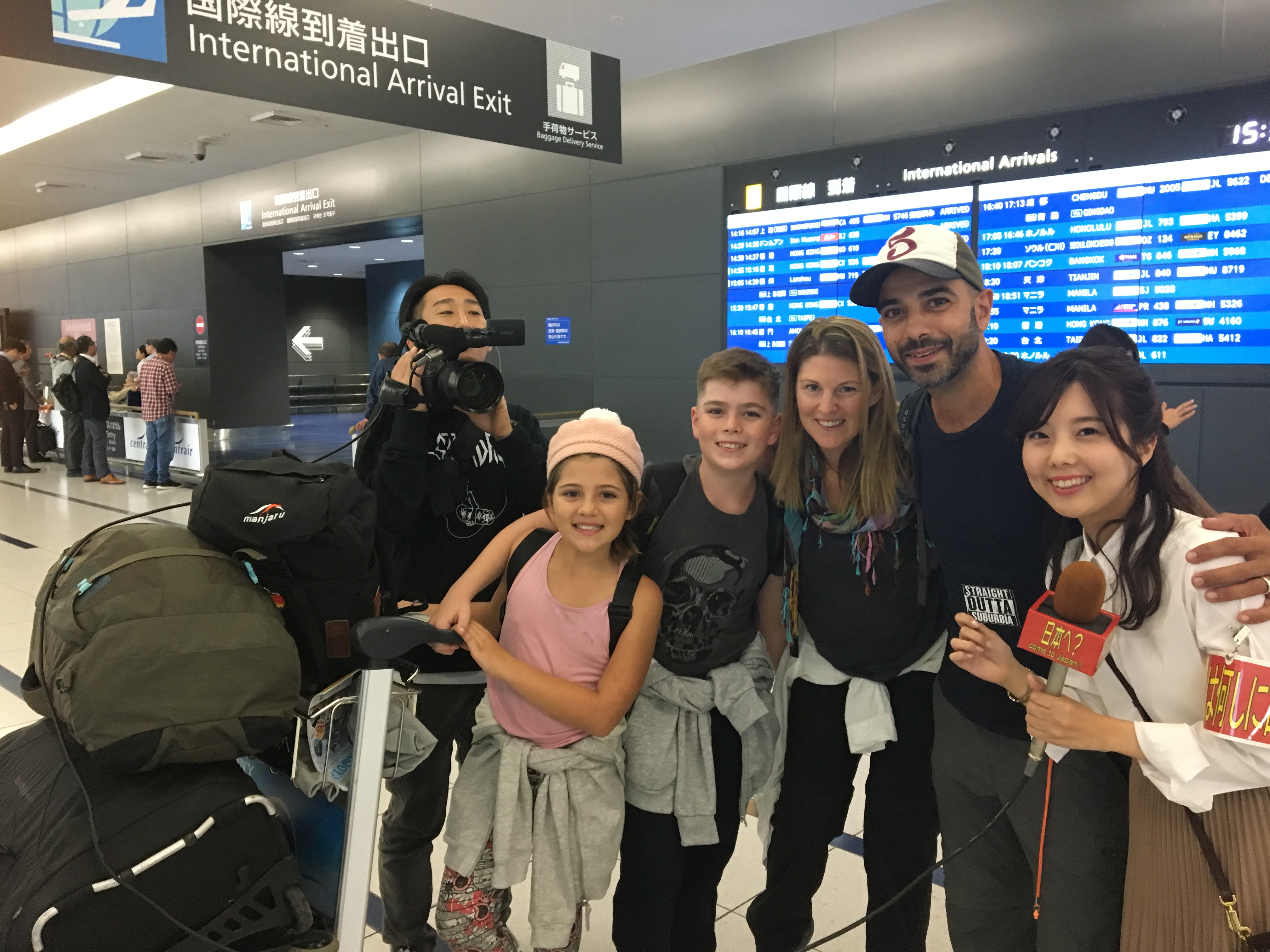 It was quite something to think that the next chapter of our life was being decided by just one Skype call and a few emails; a leap of faith but the gut feeling was good. Japan hadn’t been on our list of countries to visit, but a ‘Workaway’ (http://www.workaway.com) opportunity arose, offering me the chance to dust of my boots and help  coach football -a real passion of mine- with a Japanese guy for his academy. As part of the placement we were also expected to help with some chores and in return we’d get food and board in their house. There were no expectations from us, we were going in eyes wide open to fully embrace this unique opportunity.

South East Asia had spoilt us with regards to communication. English was widely understood in the countries we had visited; Japan was a different ball game.  Access to local SIM cards and data packages was easy and cheap in SE Asia, but not in Japan, so on arrival at Nagoya airport we felt quite alienated. After getting through some stringent questioning about our motives for being in Japan by customs, we passed through the gate into the arrival hall only to be accosted by a T.V. crew. They were filming for a popular Japanese current affairs show and asked us a variety of questions regarding our trip to  Japan, and our journey to date. The first thing that stuck us leaving the airport was the cold, something we’d completely forgotten about after so long in South East Asia; it really was quite a shock to the system. Armed with directions from Yoshi our host, we bumbled our way through the rush hour melee in a bit of a daze, but managed to cope with purchasing tickets, negotiating the couple of changes onto different train lines and arrived at Moriyama station in the dark of the early evening.

We left the station and hauled our bags outside to the nearby convenience store where we had been told there was free WiFi in order to contact our hosts to collect us.  After some gesticulation and showing my phone to the women at the shop, it appeared the WiFi wasn’t working; not having any other means of communication meant we were a tad stuck. The women behind the counter eventually saw my despair and motioned to me to her phone where she enabled a ‘personal hotspot’ so I could contact our hosts.

The karma police were in full force again and the good deed that had been bestowed on us was then reciprocated; as Becky and I spent 15 minutes getting our hands covered in grease fixing a bike for a schoolgirl outside of the shop.

After 20 minutes I heard the unmistakable sound of a VW engine – my parents owned a VW camper van in the 80’s – and Kana, Yoshi’s wife pulled up  in her 1960’s split screen VW van loaded with her 2 girls and the baby on the back shelf in his cot. Bags were piled into the van and we chugged our way to their home a few Kilometres away.

The dogs: Haru and Megu greeted us on arrival and Kana showed us to our room. It was very traditional; tatami mats and futons on the floor and some cupboard space. A superb Katsu Japanese curry was prepared for us, and after dinner we got to meet Yoshi who returned from football coaching.

The journey and stimulation of our new surroundings had taken it’s toll on us, so an early night was in order. The futons were unrolled, and we huddled under the blankets, looking forward to seeing everything in the broad light of day.