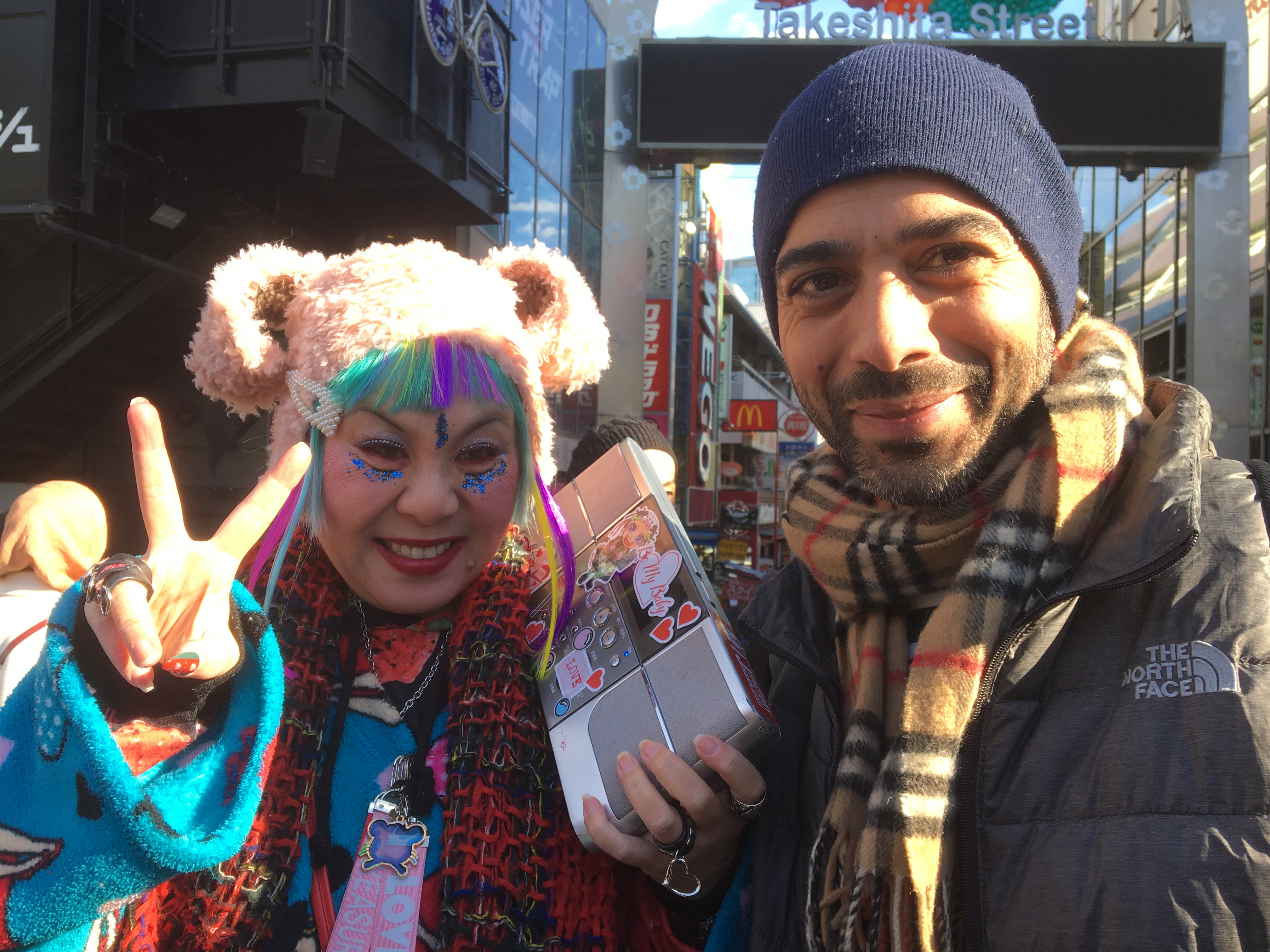 The standing joke leading up to Christmas between the four of us was if Tiana felt ‘christmassy yet?’ The question was asked anytime we passed anything vaguely related to Christmas, and the answer was always a resounding ‘no’ due not being at home. Only once we got an affirmative answer would Christmas season be officially in full swing. Dean soon put paid to that and made sure that Tiana was full of the joys of Christmas.

After our tearful goodbyes with Yoshi and family we made our way to Nagoya; caught the Shinkansen to Tokyo and then within a short cab ride we descended on our friend Dean and his family. On arrival we were greeted by the warmth of a real fire, smell from the most picture perfect christmas tree, and the sounds of Miles Davis crackling on vinyl; it couldn’t have been better.

I hadn’t seen Dean in over 10 years, asides from a quick pint in passing; about 5 years ago, when three of us Enfield boys happened to coincidentally cross paths in London for only  20 minutes before heading back to out new hometowns of New York, Vancouver and Cape Town.

Comfy beds, fluffy duvets, the feeling of carpet below our feet; it really felt like home, and the kids were so happy. We hadn’t met Dean’s wife Janet or their cute twin boys before. The four kids instantly bonded, and it took the sibling friction away from both sets enabling us four adults to relax.

Rico and T were in heaven when Lasagne —which they’d been deprived of since we left Cape Town—one of their favourite meals, was served up, and once all kids were tucked up, the four of us stayed up shooting the breeze and polishing off far too much red wine and Shochu.

Once the plan to visit Japan had been hatched, the kids watched countless  videos of some of the bizarre side of  things Japan had to offer, which mainly happened in Toyko, yet after finally arriving here they were quite content just staying in Deans house and playing with the twins; they relished being in a home environment which seemed familiar to them.

Christmas worked out perfectly; great food, company and most importantly all the kids were content. We tried to get out and explore as much as possible, but it was always an issue for the kids to leave the  house; however, once out and about, they loved the craziness zany Tokyo had to offer. There was so much to see and do. As a Christmas gift, Dean’s family had bought us tickets to the  Teamlab (https://planets.teamlab.art/tokyo/) art ‘gallery’ which was phenomenal; borderless art that moved between different rooms. One of the many highlights for the kids was to drive electronic cars and obtain a license (https://www.megaweb.gr.jp/area/ride_studio/ )Record shops in Shibuya, VR experience for the kids, a run over the famous Rainbow Bridge and spending time with our fantastic hosts – the days soon ticked down.

New Years Eve was a stay at home affair and Janet prepared a traditional Japanese NYE feast of ‘soba noodles’ and once the kids were packed off to bed, Dean and I spun vinyl whilst the girls chatted into the  small hours of 2019.

Becky and I had visions of devising this grand master plan for the upcoming months whilst in Tokyo, but what with Christmas and sightseeing there just wasn’t any time to sit and research. We had only planned on staying in Tokyo for a week, but once that week was up we had no onward plans.

I think Dean and Janet saw how unprepared we were for our next adventure and were very accommodating for us staying a few more days.

We came to the conclusion that heading to South America would be too much for us. My Spanish was far too rusty and Becky and the kids’ was non-existent; so essentially we had no idea where to go. We needed to bed down somewhere for about a month and get ourselves together and plan our South America trip. Hoi An in Vietnam had been one of our favourite places, and on a whim it was decided to bed down there for a month. Tickets were booked; visas sorted; the four of us on the road again.