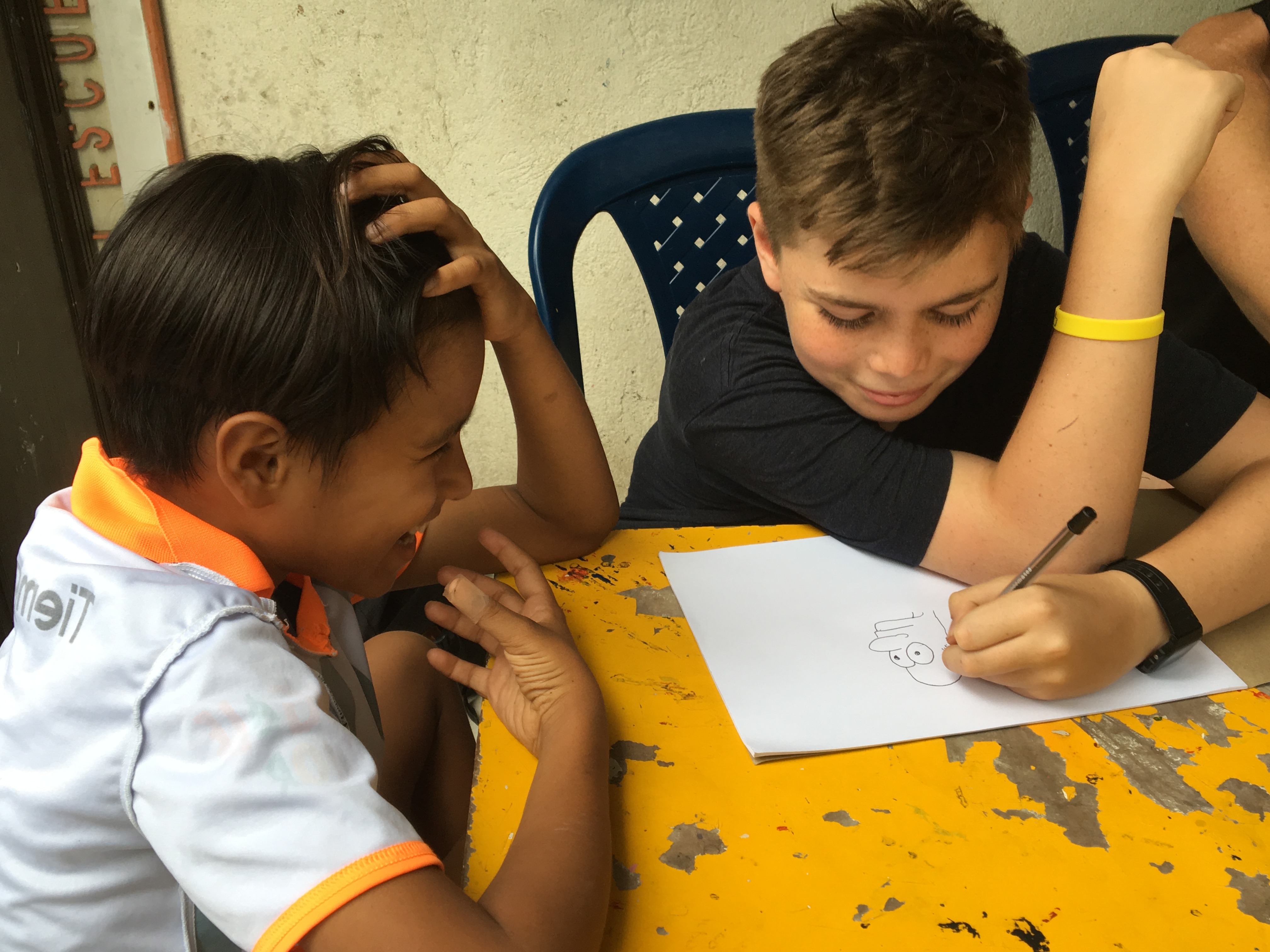 Leaving Cape Town wasn’t as difficult as I had envisaged. The trip had turned out to be the perfect tonic for our kids knowing that there was still a life for us there, their friends hadn’t forgotten them and their dog was still a nuisance.  The trip had ticked all the boxes and was worth all the rushing about and lack of sleep. It was strange having to minimise and pack our rucksacks again, but Becky and I were like a well-oiled machine when it came down to it, and every little crevice of each bag was meticulously packed. I don’t think we were mentally prepared for South America; maybe even a little blasé but we’d keep riding the crest of our good karma wave and crack on.

The journey to Santa Marta in Colombia was arduous. Our first flight was 12 hours and took us to Istanbul in Turkey. It was the cheapest flight option and included a one-night stopover and a bus tour around the city – but on arrival at the airport, it appeared we only had the choice of either one. Not a train smash… but our complete oversight of not just the weather, but the season, in Turkey was! Maybe because we were going from 30 degrees Celsius at our starting point in Cape Town, to the same temperature at our destination we didn’t even think of the weather in Istanbul – rookie error. We’d be reunited with our bags in Colombia, so no chance of salvaging something warm from them. Our hand was forced regarding which option we’d take – tour or hotel – and we shivered our way in shorts and t-shirts into the freezing morning air onto a minibus past the bewildered onlookers, wondering if we were related to Crocodile Dundee.

I don’t think our body clocks had fully adjusted to Cape Town time after Vietnam, and now they really were all over the place. Coincidentally, one of the families we had hung out with in Hoi An, was in Istanbul. The planned  rendezvous at a restaurant was kicked into touch by our clothing situation, so they kindly schlepped 30km in a cab during rush hour to our hotel, laden with baklava and delights.

The next flight was 9 hours to Bogota, where we had a couple of hours to kill between flights; and then finally a 2 hour flight to Santa Marta, where upon arrival we were left staring at the empty carousel in the small baggage claim hall. Thankfully the bags were on the next flight from Bogota, so we stepped outside the tiny airport to feel the hot South American sun and much to our surprise found that the airport was literally on the beach!

A chain of communication channels originating from Cape Town in 2017, traversing to me DJ-ing at a wedding that didn’t materialise, and then via different people and a few more emails and skype-calls, had led to us coming to Colombia and being given the opportunity to volunteer at the ‘Tiempo de Juego’ (Time to Play) (www.tiempodejuego.org) foundation. Our man on the ground in Colombia was Patrick, and he had organised us accommodation for the first week and given us contacts at the foundation to get in touch with on our arrival. We weren’t exactly sure of what to expect from the country, the voluntary work or our accommodation, but as in previous scenarios on our travels, had faith in the people we were in contact with.

The taxi ride was our first glimpse of life in Colombia and I think we were all quite taken aback. The roads were dotted with potholes that the taxi tried to negotiate; houses clustered on the sides of the roads were protected by metal gates over windows and doors; there wasn’t the space we’d experienced in previous countries. There were people everywhere: manning food carts with traditional fried goods or juices, selling water and cool drinks from their polystyrene containers, weaving in and out of the traffic offering to wash car windows, and this was on top of the plethora of veichles on the road. The style of driving seemed to be to go as fast as possible, despite the distance to whatever was in front, brake hard, and then tailgate until there was a small gap to try and overtake.

There was a lot to digest, and we were thankful to arrive at our guest house. We were welcomed in, and happy to dump our bags down and de-grime ourselves from the plane. Casa Mestiza (www.cafemestiza.com) was a little oasis in the humdrum of the crazy streets. The rooms were all situated around a large communal area  where there were hammocks, a beautiful tree and a plunge pool. The style and set up was very reminiscent of the souks in , especially with the comparable vibrancy and madness of the surrounding streets.

We weren’t quite sure who was running the hotel or who was living there, but everyone was super friendly and willing to help; advising us of where to eat and shop and the do’s and don’ts out on the streets. Two of the staff from Tiempo de Juego (TDJ) met us the following day and we caught the local bus down to the foundation to meet some of the staff and children. Immediately walking in you could sense the place was like one big community. Respective greetings were exchanged in pigeon Spanish and English and we were given a rough outline of the day to day activities and where we could fit in. No roles had been discussed, but we had been given this opportunity on the premise of me helping out with the football side of things; thankfully it seemed we could all participate which was so important.

The following day we finally got to meet Patrick and spent the day driving up the coast checking out sites for a new project of his, picking his brain about  Colombia, visiting an exquisite beach and  sampling some local cuisine.

TDJ in Santa Marta was started in 2014 and is one of 5 sites around Colombia belonging to TDJ. Their mission is ‘to use football as a tool for community transformation, to promote the capacities of children and young people, inspiring them to be agents of change’

Each site provides a place for kids to express themselves through football, music, dance, craft, and  through each of these outlets they help empower the children, give them responsibility and educate them about vital skills that can be used in day to day life. They promote football for peace, gender equality and leadership.

We weren’t sure what was expected of us, but soon fitted in; assisting with facilitating games, helping with English classes and just overseeing in general. Rico and Tiana were amazing to watch. They were an instant hit with the kids from TDJ – as they probably hadn’t met many kids of their own age from other countries, let alone a different continent. Through hand signals, broken S and drawings they managed to communicate and form friendships.

Most of our time was spent either in our accommodation or at the foundation, but day by day we got braver to explore the streets and the surrounds. There were some pretty sinister characters around in some of the back alleys, so we stuck to the busy areas.  Poverty was fairly prevalent and asides from people sleeping rough and through the bins, there was the added tension of a lot of Venezuelans that had fled their crumbling country in search of a better life. It was sad to see them trying to sell whatever they could to make money – tools, clothes and bundles of their worthless currency.

Each day was a learning experience and our knowledge of Colombia and its people grew. It was a far cry from the comparatively easier existence we’d had in South East Asia, but another fantastic opportunity to learn about a different lifestyle.