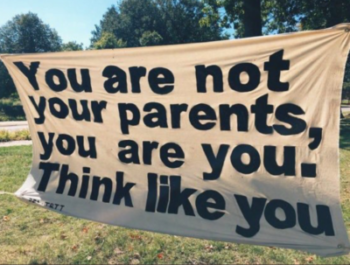 My Father is from Guyana in South America. He was one of 12 siblings who had a very humble upbringing. Since I was a boy I had heard many a story of his childhood and the hardships he faced. My Grandad was a trojan; a real entrepreneur: tailor, engineer, shop owner, farmer; he did whatever he could to support his family, and by all accounts worked all hours of the day. From what I gather, Guyana was a  prosperous country under British rule, exporting Aluminium, Bauxite, Gold and Rum. After gaining independance in 1966, things started to unravel. My grandfather foresaw the downward spiral of Guyana and sent my dad over to England to further his education.

So this 20 year old man arrives in England with barely a penny in his pocket, wanting to study to obtain a degree and finance it with a job. I wont go into my dad’s whole story as that is a book in itself, but he fought hard to get a degree in science. He is an academic. Even now being retired he spends his spare time researching anything to do with science. For him education is everything…..but his interpretation of education is very streamlined and old school. Parrot fashion learning: the three R’s. Thats how you learn. He doest understand that not all learning come from books.

The thought of telling him that we were pulling his precious grandchildren out of mainstream schooling to go and travel around the world  and homeschool them filled me with dread. Despite him being my dad and me having the uptmost respect and love for him, he isn’t the most approachable person!

As expected the news went down like a pork chop at a Barmitvah! My dad just couldn’t understand our rationale of giving up a snug suburban life for an adventure on the road. My mum was equally surprised, but as with all my slightly left field  decisions over the years, had faith in me. As much as I craved my dad’s affirmation I had to understand and respect his reservations knowing his background and journey. Times have moved on, and Becky and I want to enhance  our children’s education with experiences which will have a lasting impact on their lives and make them view the world with open eyes and stand out from the masses.